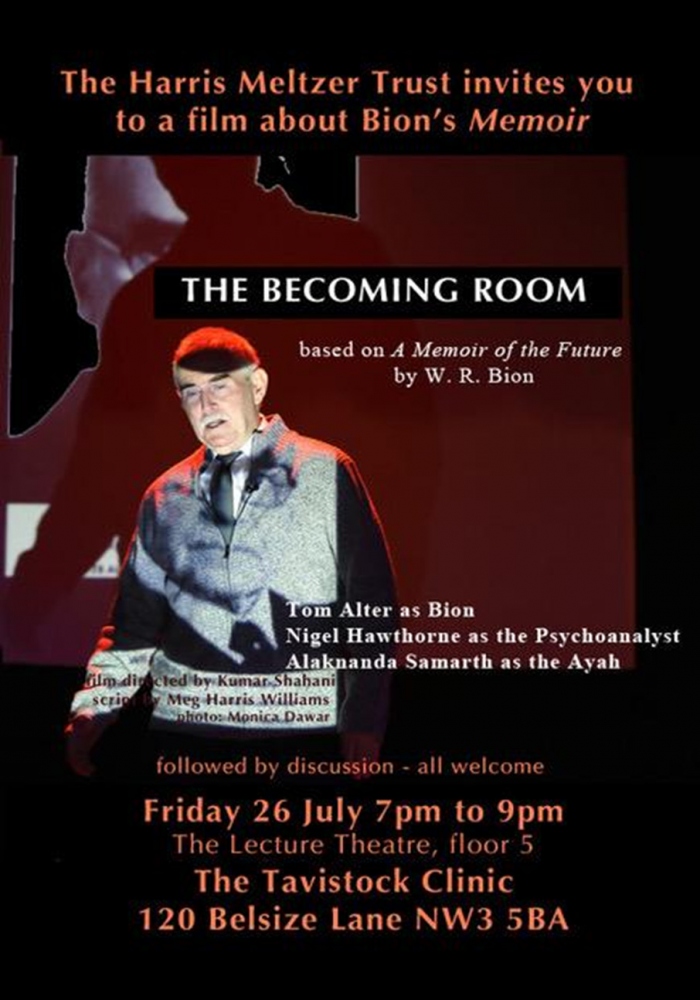 About The Becoming Room

The film The Becoming Room records a performance (the only one) by well-known Bollywood actor, Tom Alter, in Delhi in 2017. It is based on Bion’s autobiographies and includes scenes from an unfinished film of A Memoir of the Future which was made in Delhi in 1983, directed by Kumar Shahani. Alter (who died three months after this performance) acted the child Bion’s father in the original film, and in this one he represents Bion as an old man looking back on his life and his dream-life, the source of his ideas. The film showing will be accompanied by light refreshments and followed by an opportunity for discussion by all attendees.

In relation to the IPA conference theme of the Feminine, this film could be said to be about Bion’s idea of the feminine - the heroine being his Ayah and the dream-link with his mother.